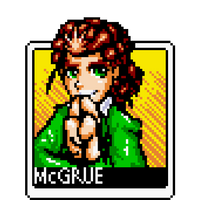 Well here we are, the end of November. I 1000% got distracted by other things instead of working on the roguelike for the crunchless challenge thing I was trying to do. But hey I didn't crunch on anything so i succeeded on the crunchless part of it! I just didn't do much of anything programming or game dev related.

My 3d printer came in and I got distracted and now have another new project: I'm making a redox split keyboard with Kailh box jade switches. Parts are all on order and arrive in January, printing the case and the keycaps myself, so far the two test keycaps I made feel okay to me, but I don't have any other box switches to test fit them with so I need to wait until january when they arrive to test fit them to make sure that they will work.

Back to the Game engine project

Yeah I went back to working on my game engine project again. Still trying to get scene saving/loading working, still using json for that, and currently bored of writing save/load logic so will likely keep saving json until either I run into it taking up too much memory/space, or it takes too long to load when needed. I think lazy route is best for getting anything actually finished/shipped.

So basically I'm stuck on writing out how to convert a bunch of different components that an entity might have to JSON, and then I eventually need to write the code to load all that back in too, which I don't think is even started yet.

But it has been a while since I provided screenshots, and I was super close to getting json output actually, so here have some screenshots of me showing me typing a console command to save an entity, and then let me show some json that was generated from the Entity that was saved.

And a screenshot showing the feedback you get from running the command, I know it's not much feedback but its something:
Screemshoot_11-29-2021_223416.png

And now check out the json generated for the cube you see in the screenshot, in a file called "MeshEntity.json"

I haven't fully figured out how I want to save Mesh components yet, part of the issue is with this specific case, I don't have a RUID/path to just store to a model, that mesh is generated in Lua, which means that if I wanted to store it I would likely have to parse/store out the entire freaking mesh into the json, including vert data, face data, texcoord data, and maybe vert color data, and texture data somehow since the texture is handled by being a material set to the mesh.

So I'm so close yet so far. I'm hoping that if I set up model loading from files, that I can make it easier to save that out to json, and then either just won't save programmically generated meshes, or something. idk yet.

I also have a few other components not implemented yet, and loading hasn't been touched at all, neither is saving the children of the entity selected to save. But still this is good progress!