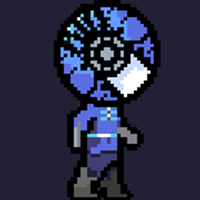 I was previously known as rpgking in the older verge days. Now I just use my real name. Also, I forgot the password to my old account and don't care to get it back anyway! Only a handful of people probably remember me.

I made some random demos like Balloon Ninjas, Leo the Merman, Dragon Warrior Legend.

I'm a Software Engineer by day, Indie Game dev by night (or I pretend to be).

Best posts made by Robin

Latest posts made by Robin